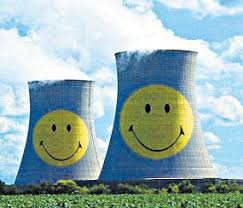 (By putting in place a comprehensive, fair and pragmatic legislation on civil nuclear liability, there is no reason why India cannot reap the long-term benefits of civilian nuclear energy and resolve a prickly foreign policy issue)

On January 26, Barack Obama will become the first U.S. President to attend India’s Republic Day celebrations. It will also mark nearly 10 years since the first announcement on the India-U.S. civil nuclear agreement. In contrast to those heady days when the promise of nuclear power meeting India’s gargantuan energy needs was in the air, the present situation is bleak. A target of installing 63 Gigawatts of nuclear capacity by 2032 has been reduced to 27.5 Gigawatts and none of the landmark deals envisaged has been struck. The Civil Liability for Nuclear Damage (CLND) Act, 2010 which contains a speedy compensation mechanism for victims of a nuclear accident has been deemed responsible for this deadlock. Specifically, provisions on recourse liability on suppliers (Section 17(b)) and concurrent, potentially unlimited liability under other laws (Section 46) have been viewed as major obstacles in operationalising nuclear energy in India and bilateral relations with key supplier countries.

A question of recourse

Under Section 17(b), a liable operator can recover compensation from suppliers of nuclear material in the event of a nuclear accident if the damage is caused by the provision of substandard services or patent or latent defects in equipment or material. This is contrary to the practice of recourse in international civil nuclear liability conventions, which channel liability exclusively to the operator. Specifically, it contradicts Article 10 of the Annex to the Convention on Supplementary Compensation for Nuclear Damage (CSC), an international treaty which India has signed